Fun Facts About Barcelona – Everything You Must Know

We’ve updated our top 10 Barcelona facts for 2021 with more surprising truths about our region!

Barcelona has plenty to offer in terms of fun and entertainment, but we bet it can surprise you too. Every city has its little mysteries, and these must-know facts about the city will give you food for thought.

So before you head out into the city, give some thought to how these facts might shape what you want to do for the day, and which areas you would most like to visit.,

La Sagrada Familia is the most visited monument in the whole of Spain, yet it is actually still being built. Designed by Antoni Gaudi in the 1800s, it has been under construction ever since. Its complex structure and intricate design mean it’s no surprise that it hasn’t been a quick. At 138 years, its building time goes way beyond expectation! According to the official site of the basilica, 70% of the work is finished. The current completion year is set to be 2026, which is also the 100th anniversary of Gaudi’s death. Although, works have temporarily ceased during the COVID-19 outbreak.

If you would like to visit, we recommend booking your tickets in advance on the official website.

2. Fun Fact: The Flamenco is not the most popular dance

Contrary to popular belief, the traditional Spanish music and dance is not the most popular in the Catalonia and Barcelona region. The city’s dance of choice is, in fact, the Sardana, a simple dance that is often open to all to take part in, and popular throughout Barcelona’s many fiestas. Catalans are passionate about their local traditions, and while Flamenco originated in south Spain (Andalucía), the Sardana is from Catalonia, and gained in popularity during the early 20th century. It features a group of dancers holding hands in a circle, facing each other while performing simple steps.

3. Fun Fact: The Eiffel Tower was originally intended for Barcelona, not Paris 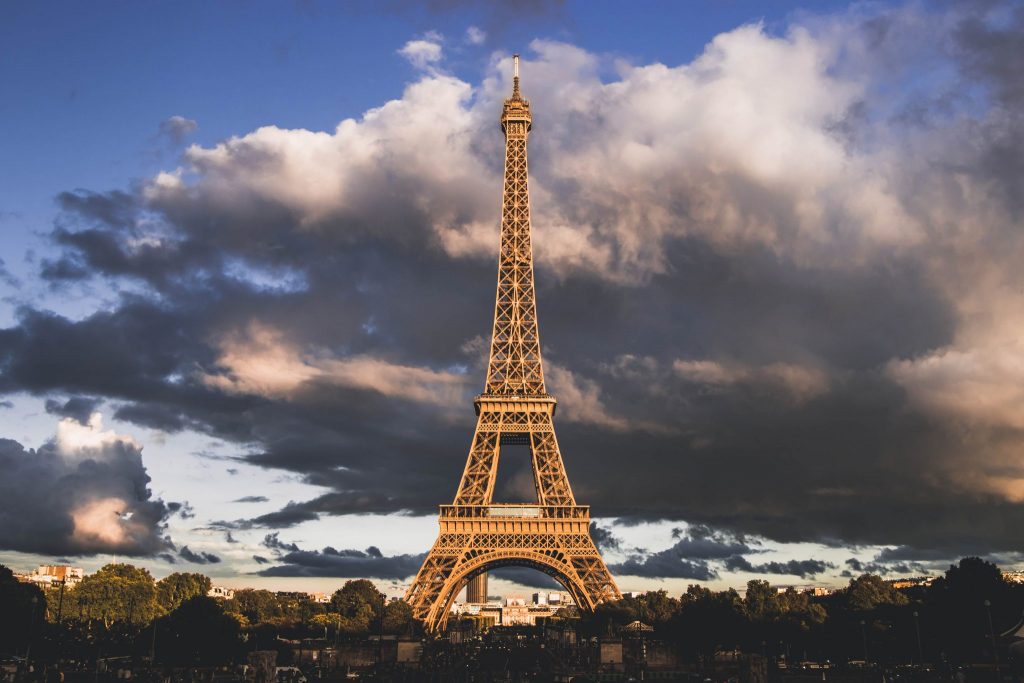 It seems hard to believe now with the Eiffel Tower being such a famous French landmark, but its designer, Gustave Eiffel, actually intended for it to be built in Barcelona. He pitched the idea to the city officials and unfortunately for him, the city thought it would be a huge eye sore and declined. The Parisians also thought it was pretty ugly, but they ended up building it anyway. It served as the main archway during the 1889 International Exposition. We know how the story ends, with it now being one of the most famous landmarks worldwide. 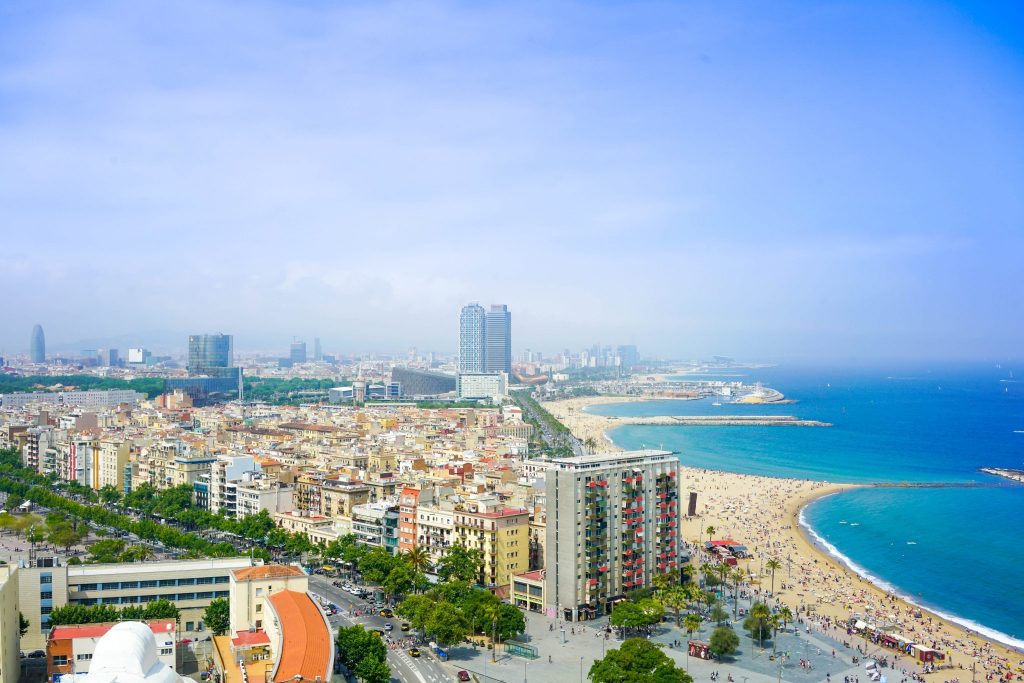 Barcelona’s famous beaches are beautiful but they weren’t always so. Up until the early 1990s, the coastline was filled with industrial buildings, such as warehouses and factories. This all changed when the Summer Olympics were to be held there and the beaches were created and the coastal towns given a major makeover. Now, the beaches are busy spots for relaxing, swimming, and water sports throughout the year. Looking for a beach near Barcelona? We’ve written an article on this before.

Most often seen during Barcelona fiestas throughout the year, Castellers created human walls and structures using nothing but their own bodies. The contest is often to create the highest tower by climbing on each other’s shoulders, and the Castellers de Barcelona have received awards for their mastery of the unique sport. It can be a bit stomach turning to watch, but rest assured that safety is extremely important. Children are required to wear protective helmets and serious accidents are rare. 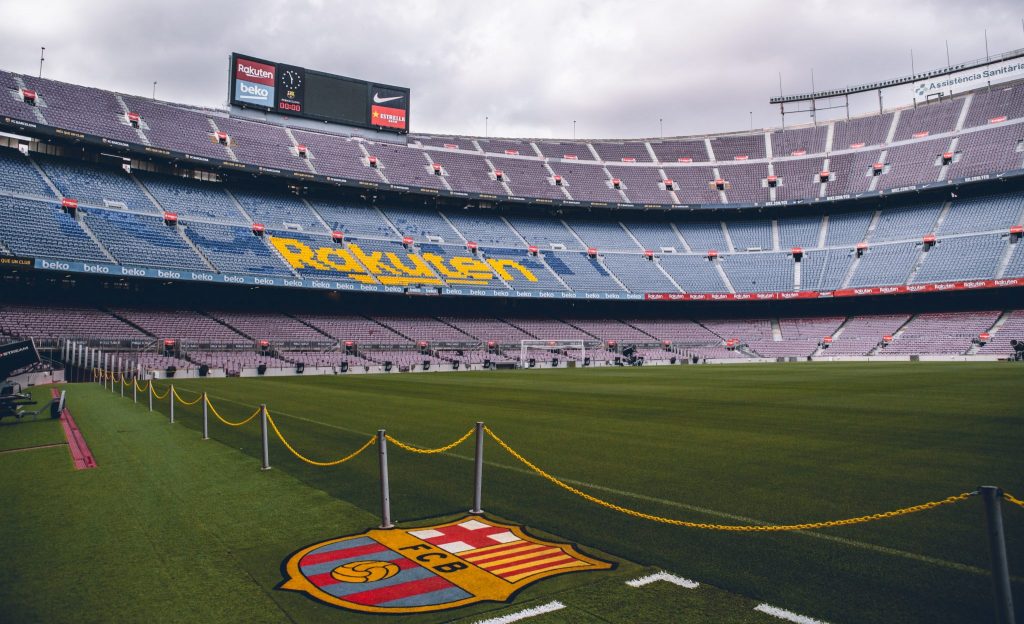 Barcelona Football Club’s home stadium since 1957 is Camp Nou. The biggest football stadium of its kind in Europe, and second to only one football stadium in the world – North Korea’s Rungrado May Day Stadium. It has a capacity of almost 100,000 people and stretches to 55,000 square meters. Want to experience this stadium for yourself? If you haven’t booked a ticket to see one of the matches you can visit Camp Nou for a tour of the facilities. You can also combine this with a trip to the museum, which is actually the most visited museum in all of Spain! 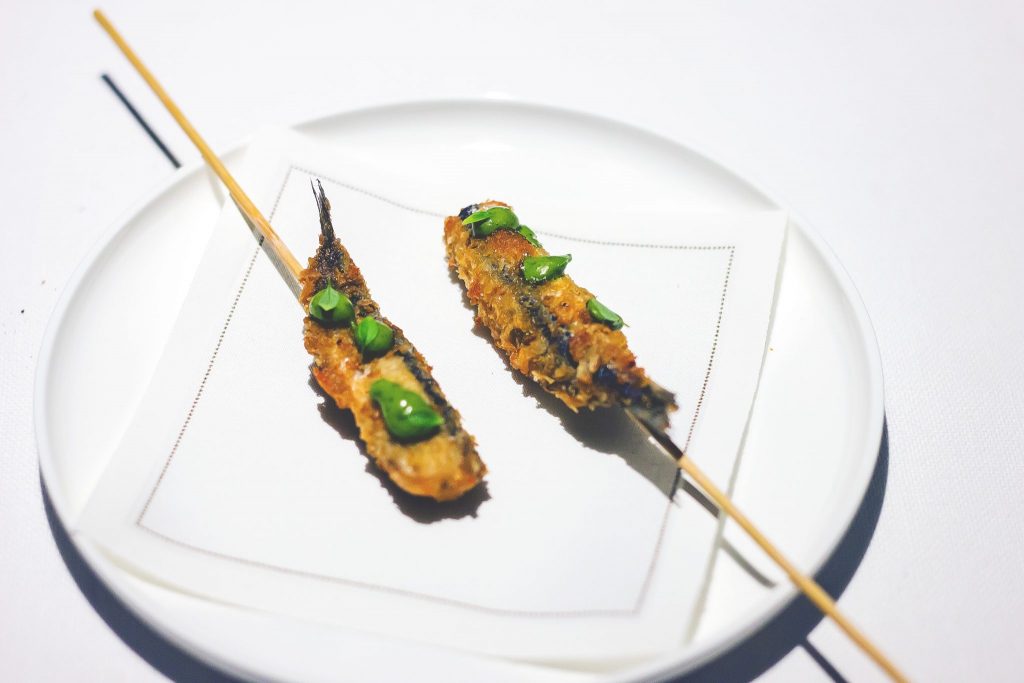 Barcelona (and Catalonia in general), is well known for its gastronomy. So if you’re a foodie looking for an amazing dining experience, you’ll have plenty of choice. Just make sure you reserve well in advance. For example, if you want to visit the famous Celler Can Roca (just outside Barcelona, in Girona), guests often need to reserve almost a year in advance. That said, this particular restaurant holds three Michelin stars and has been rated the best restaurant in the world as recently as 2018. So you could say it is a tad exclusive. 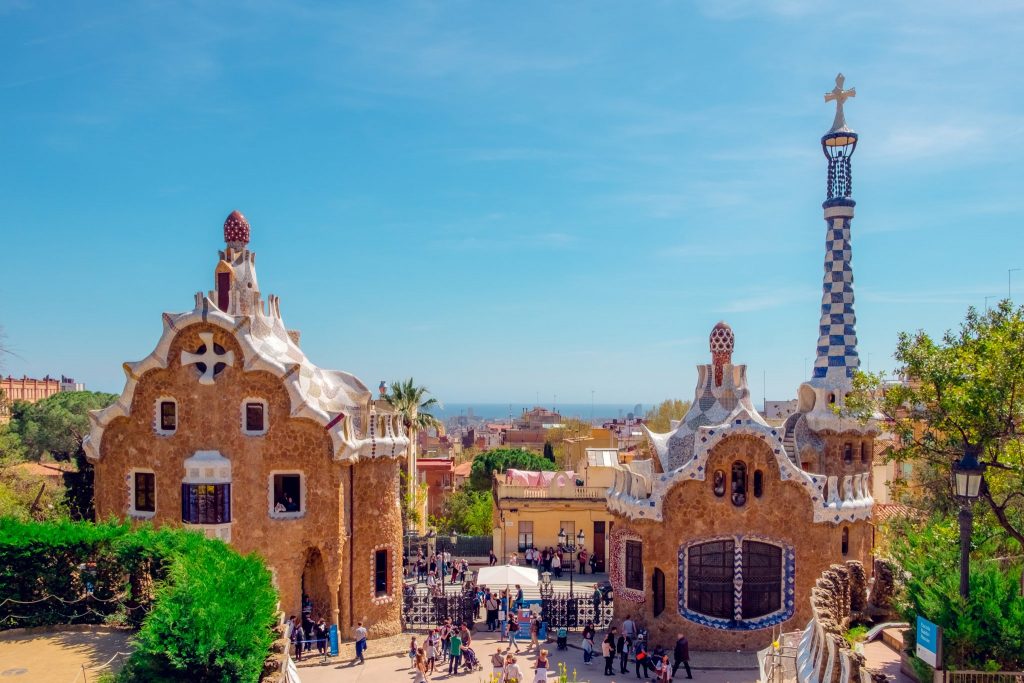 In addition to being a gastronomic hub, it’s easy to find culture in Barcelona as well. There are a total of 9 world heritage sites scattered throughout the city, many of which are a testament to Gaudi’s influence. The list is as follows: Park Guell, Palau Guel, Casa Mila, Casa Vicens, La Sagrada Familia, Casa Batllo, Crypt of the church at the Colonia Guell, Palau de La Musica Catalana and Hospital de La Santa Creu i de Sant Pau. Do yourself a favour and visit any number of these beautiful sites during your stay.

9. Fun Fact: There are museums galore 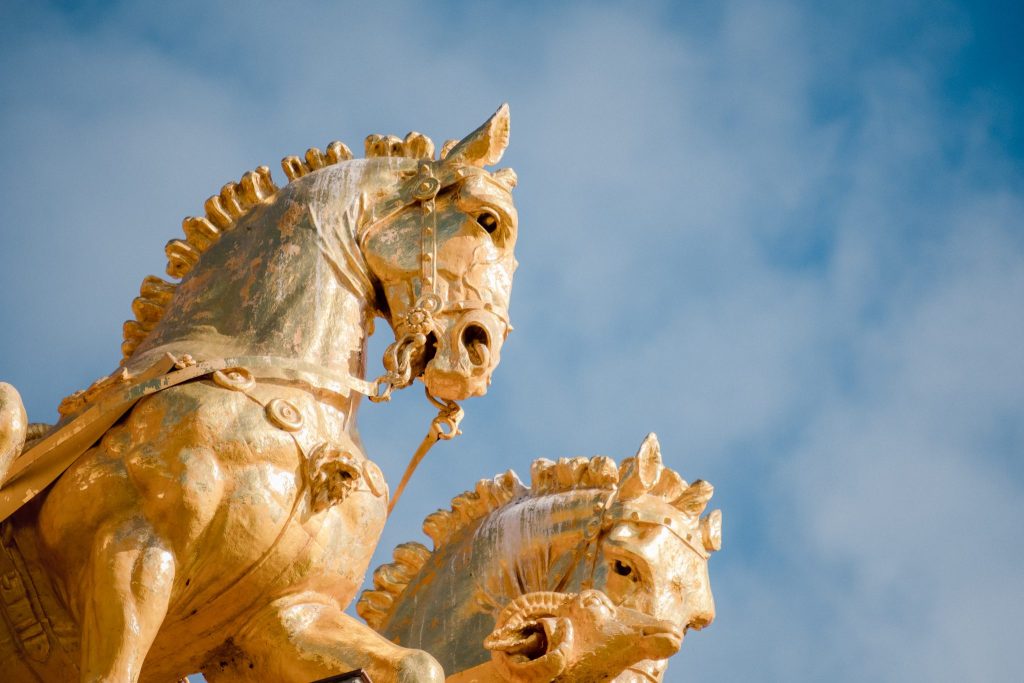 Museums in Barcelona are never far away, with an astounding 55 museums throughout the city. You’ll easily be able to fine your topic of interest, whether it’s the wonderful architecture, rich history, science, sports, or art.  Some of the more unusual museums cover topics such as chocolate, perfume, magic, and funeral carriages!

10. Fun Fact: the city might just be older than Rome

OK, maybe this isn’t exactly fact, because nobody seems to know for sure. However, it is rumoured that Barcelona was actually created by Hercules himself! And that would make it around 400 years older than the infamous Rome. Of course, until there’s some real evidence, we’ll never know for sure.

To enjoy Barcelona you can stay in one of our accommodation here: https://sitgesluxuryrentals.com/

Are you looking for a villa in Barcelona?

We own and operate four stunning villas just outside Barcelona. Perfect for events, group holidays and retreats!

We use cookies on our website to give you the most relevant experience by remembering your preferences and repeat visits. By clicking “Accept All”, you consent to the use of ALL the cookies. However, you may visit "Cookie Settings" to provide a controlled consent.
Cookie SettingsAccept All
Manage consent

This website uses cookies to improve your experience while you navigate through the website. Out of these, the cookies that are categorized as necessary are stored on your browser as they are essential for the working of basic functionalities of the website. We also use third-party cookies that help us analyze and understand how you use this website. These cookies will be stored in your browser only with your consent. You also have the option to opt-out of these cookies. But opting out of some of these cookies may affect your browsing experience.
Necessary Always Enabled
Necessary cookies are absolutely essential for the website to function properly. These cookies ensure basic functionalities and security features of the website, anonymously.
Functional
Functional cookies help to perform certain functionalities like sharing the content of the website on social media platforms, collect feedbacks, and other third-party features.
Performance
Performance cookies are used to understand and analyze the key performance indexes of the website which helps in delivering a better user experience for the visitors.
Analytics
Analytical cookies are used to understand how visitors interact with the website. These cookies help provide information on metrics the number of visitors, bounce rate, traffic source, etc.
Advertisement
Advertisement cookies are used to provide visitors with relevant ads and marketing campaigns. These cookies track visitors across websites and collect information to provide customized ads.
Others
Other uncategorized cookies are those that are being analyzed and have not been classified into a category as yet.
SAVE & ACCEPT